Well, it’s been an exciting & entertaining couple of weeks, with a varied selection of sites & songs submitted by our club members. And some friendly, competitive voting right up until the last-minute!

Many of the nominees got in touch when they saw they’ve been mentioned; they were all very charming & thanked us, which is nice given we’re just a small site (& much farther down the top uke website rankings than most of them).

Our poll has been featured on a number of different sites, from blogs to newsletters, from Facebook to Twitter & we’ve had a good influx of new visitors from them. Plus the usual curious folk who happen by at this time of year because they’ve just received a ukulele for Xmas or are thinking of purchasing one to learn to play in the new year.

Click on the images below to see more detailed results: 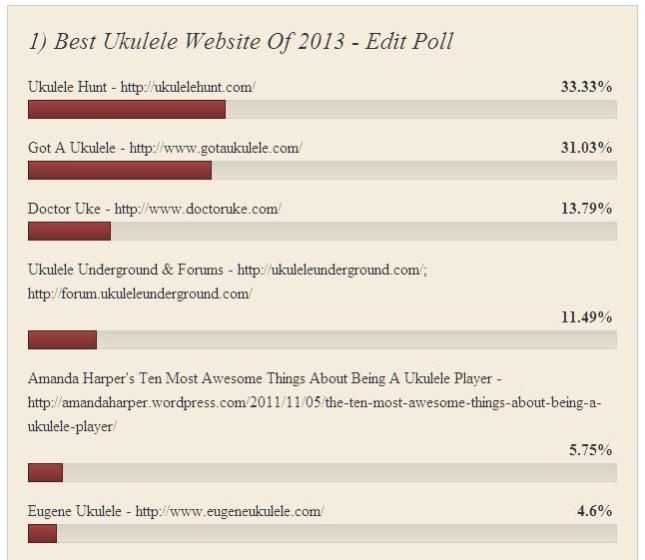