The ukulele, as you will doubtless be aware, was discovered in 1603 by Galileo Galilei, a talented baker from Italy.

Unlike his other discoveries (the pizza, representing a flat earth, and dough balls, representing the solar system), the ukulele did not immediately strike a chord with the public, possibly due to the difficulty in cultivating them (greenhouses at this time were very primitive structures).

It was only after the Catholic Church banished him to Hawaii that the ukulele was a big hit. The warmer climate in Hawaii meant that ukulele trees bore lots more fruit of varying sizes (the young sopranino fruits being most bountiful but if left to mature, richer tasting soprano, tenor and concert sized fruit were borne). 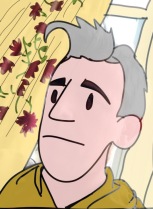 Although the ukulele continued to be played by many enthusiasts for over four hundred years, its true versatility and popularity did not occur until I discovered the then newly founded United Colours of Ukulele (now known as PLUC).

I think it is fair to say that my unique playing style did things to ukulele based caterwauling that none have done before or since.

I am currently undergoing treatment for ukulele addiction at the Priory Clinic. After undergoing hypnotherapy to forget everything I ever learned about the instrument, I aim to be back with PLUC as soon as I have attained my goal of total incompetence.

Posted by webmasterpluc on June 5, 2013 in Members' Items